Tuberculosis, also commonly called “consumption” and the “white plague” was a major and devastating illness at one time and still is in parts of the world. Millions of deaths were caused by tuberculosis during the 20th century in the United States. The disease was hard to control and deadly. Hospitals were specifically built to house those stricken with it such as the now paranormally famous, Waverly Hill Sanatorium in Louisville, Kentucky. Michigan had its fair share of hospitals to deal with the sickness as well.

In 1890, the state was urged to create a sanatorium to care for TB patients. TB hospitals needed to be built on high ground as low, swampy lands were considered breeding grounds for the tuberculosis bacteria.

In 1906, construction of the Michigan State Sanatorium began in Howell, located on an area of land 1,100 feet above sea level. On September 7th, 1907, the hospital opened its doors to patients. It originally started out with 16 beds and grew to 500 beds from the years 1909 to 1930. After antibiotics severely reduced the death rate of TB, the hospital started to accept people with mental disabilities and changed its name to the Howell State Hospital, and was renamed once more in 1978 as the Hillcrest Regional Center for the Developmentally Disabled.

The 1980s saw the closing of many mental hospital doors such as the Traverse City State Hospital in northern Michigan. Hillcrest closed its doors in 1982. Healthcare reform and the advent of new prescription drugs for mental disorders started to change the way people with disabilities lived and functioned. The Hillcrest buildings were demolished and many years later, a subdivision for upscale, large homes was developed on the property. Of course, for years before the subdivision went in, the area was rumored to be “haunted.” People had experiences there that they believed were directly linked to the former hospital, the patients who died there and the energy left behind. 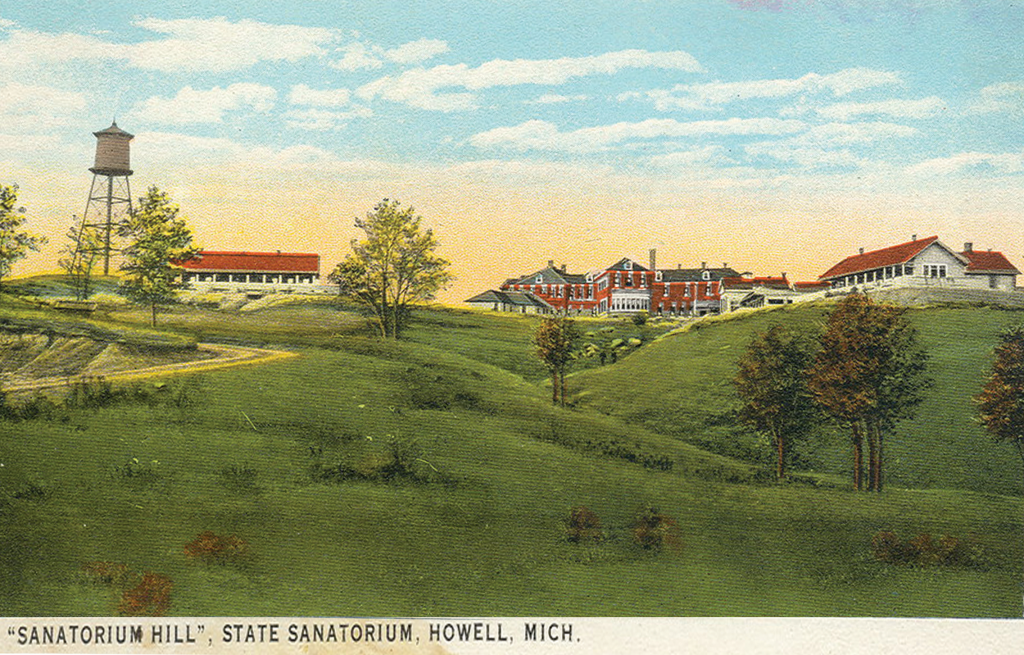 “I’ve lived in Michigan my whole life. I’ve always been the “after-hours” type that would roam around with my friends when it got dark out. One night, a friend asked me if I wanted to check out the Opera House, a cemetery, and a burned-out house in Howell, with a friend of hers as our guide. I didn’t feel much going on in the Opera House and we were in the downstairs area for quite some time as we knew the girl who was working there. It’s a creepy old place to be in for sure but I didn’t feel anything beyond that.

When we got to the cemetery, our guide told us about the history of the KKK in Howell and said that she had heard many trees in the area were used for hangings in the past. We started walking into the cemetery and there was a rather large tree among the headstones. I didn’t make it more than a few hundred feet from the van when I had a wave of nausea pass over me. I just felt sick and opted to go no further into the cemetery.

The rest of the group felt as though not much would be gained from walking among the headstones, so we left to go to the old burned-out house. And the house… I don’t know the address but perhaps people know about it out there. I believe it was on a dirt road. The girl leading our group asked if we wanted to walk up to it but I wasn’t up for it after my experience in the cemetery. From the van, I saw plenty. As the group approached the building, I thought I saw a flash of orange light in a tree near the house. They looked at photos later and saw something odd in the window but nothing solid to show off, even if I had her photos. Something is definitely up in Howell. I can attest that I witnessed an odd occurrence in that cemetery — one that left me wondering what negative energy is still there from Howell’s dark history.” – Brandon

“I moved into a 200-year-old farmhouse located on Cedar Lake Road in Howell, Michigan, just 1 mile from “Gilkes Cemetery”, in 1990 when I was 15. We lived there for seven years. The house was “alive” with energy and strange things began happening almost immediately. Water faucets turned on by themselves, loud footsteps were heard coming from the basement at ALL hours of the day and night, and guests, friends, and family members always felt they were being “watched” from the kitchen if they slept on the sofa in the attached closed-in porch. They couldn’t sleep all night. One night at age 16, I was awoken in the middle of the night by my cat that screamed. I sat up in bed and saw a “man” standing in front of the window. He was transparent but clearly defined. He had red hair, and blue eyes and was dressed in dark trousers with suspenders and a light or white shirt. He had a rope around his neck.

Other incidents include: hearing mattresses bounce up and down VERY loudly, then looking to see nobody there, (a sound like children make when jumping on the bed) a new puppy heard crying in a closed basement with a deep well, and finding the puppy at the bottom, (luckily unharmed), occasional freezing cold spots, my sister’s shirt being “blown up” when we were talking in the kitchen at 1 a.m., a four-year-old niece pointing to a corner and saying, “look at the little boy”, as well as conversing constantly with a friend she called “Suzie”, having real “reciprocal” conversations with, and my cat running up and down the halls, screaming at all hours of the night, among many, many other annoying and daily disturbances. When talking about this house in retrospect, my friends and family wonder if it was an entire family haunting the home, random spirits passing through from the cemetery, or even a darker entity/ies torturing us.” – Jennifer