The Red Dwarf of Detroit or the Nain Rouge

The Nain Rouge, also known as the “Red Dwarf of Detroit,” has been a harbinger of doom since the time of Detroit’s founder, Cadillac. According to the legend, seeing the Nain Rouge is a surefire sign of something terrible to come…or is it. Could he actually be warning people about impending danger rather than causing it? The legend was first published in the book, Legends of Le Detroit, published in 1883.

On March 10, 1701, in St. Louis, Quebec, a party was being held in honor of Antoine de la Mothe Cadillac, the founder of Detroit. As the night went on, a fortune teller complete with a black cat perched on her shoulder, came to the home. They let her in and she began to read palms. The men were amazed at her ability and she finally wandered over to Cadillac. She gazed into his palm and told him how he was going to start a great city.

Cadillac urged her to continue, but the future became grim. The fortune-teller told him, “In years to come, your colony will be the scene of strife and bloodshed, the Indians will be treacherous, the hated English will struggle for its possession, but under a new flag it will reach a height of prosperity which you never in your wildest dreams pictured.” Cadillac continued to press the woman for more answers, asking if his children would inherit from him. The teller told him, “Your future and theirs lie in your own hands, beware of undue ambition; it will mar all your plans. Appease the Nain Rouge. Beware of offending him. Should you be thus unfortunate, not a vestige of your inheritance will be given to your heirs.” 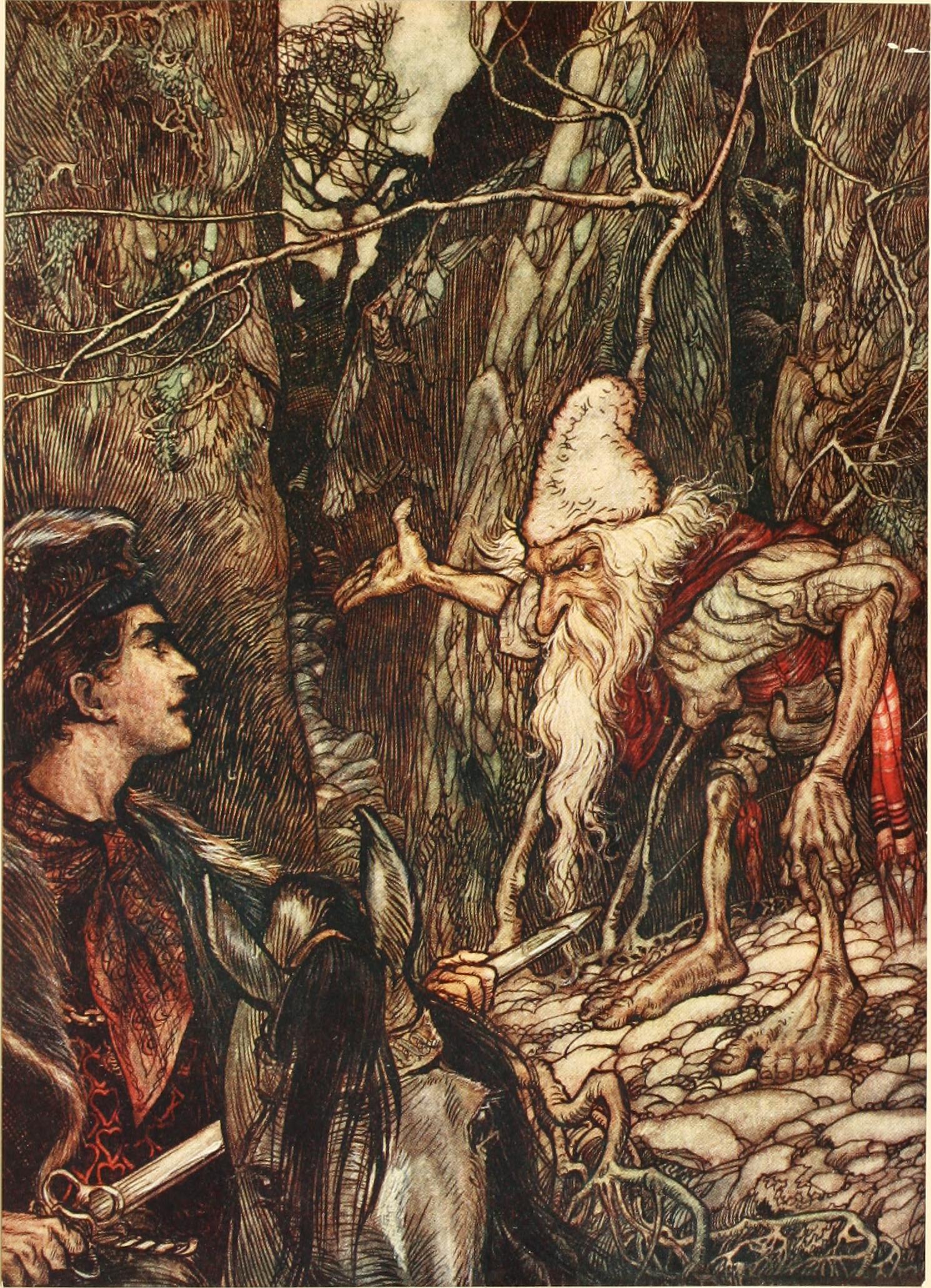 Dwarfs and prophetic creatures have long been a part of our Fairy Tale literature. Image from The Fairy Tales of the Brothers Grimm (1916)

Cadillac didn’t think too much of the fortune-teller’s words and considered it nothing more than entertainment. He told his wife about it when he got home that night for a good laugh.

Years later, after the founding of Detroit, Cadillac and his wife were taking a walk and overheard the conversation of two men unhappy with the city. As Cadillac passed by he heard one man say, “Things cannot run very long thus. My wife saw a few days ago le petit nain rouge.” Cadillac’s wife was instantly startled and told him “le petit nain rouge” was the Nain Rouge the fortune teller had warned him about so many years ago.

Cadillac laughed it off but as they started for home, a grotesque, dwarf-like figure with a sharp-toothed grin hobbled onto their path. Cadillac hit the creature with his cane and told it to, “Get away!” The dwarf took off laughing. He was warned to not offend the Nain Rouge if he was ever to see it, but that’s just what Cadillac did.

As they started for home, a grotesque, dwarf-like figure with a sharp-toothed grin hobbled onto their path. Cadillac hit the creature with his cane and told it to, “Get away!” The dwarf took off laughing.

Soon after that encounter, Cadillac’s luck took a turn for the worse and everything the fortune-teller told him about his doomed future came true. Even worse, his children didn’t inherit any of his property as he had wished. Was it because Cadillac disrespected the Nain Rouge all those years ago? Did this prove that he was truly a harbinger of doom and gloom?

So the next time you find yourself wandering around the Detroit area and catch a glimpse of something small and imp-like hobbling in the distance, avert your eyes and hope to God it’s just a reaction from the take-out food you ate earlier. Or else, start wearing your lucky rabbit’s foot and picking pennies heads up off the ground, because bad luck is sure to strike your path and the city of Detroit at any time…or so the legend says.

Could the Nain Rouge be an Ancient Guardian?

But wait! There’s another side of the Nain Rouge story to consider. Perhaps the Nain Rouge wasn’t an actual bringer of destruction, but a sign that something terrible was/is about to happen and to heed his warning less you end up like old Cadillac. Could he actually be an ancient “protector” of the city and not a tormentor? Researcher of high strangeness, John E.L. Tenney has a different agenda when he attends the Marche Du Nain Rouge. Instead of showing hate for the dwarf, he shows the Nain Rouge a lil’ love. Check out these links to learn more about the other side of this legend and why it may not be what everyone thinks it is.

Over a decade ago, the Marche Du Nain Rouge parade started and takes place on Cass Corridor in Detroit’s Midtown. The concept of the parade is to push the little red dwarf out and bring back good fortune to the city.

The Marche happens every year around the Spring Equinox and has become a celebration of the strange — a sort of Michigan Mardi Gras. There are decorated floats, brass bands, and outlandish costumes. Many dress up like the Nain Rouge, making themselves look slightly demonic. Even more, people are dressed like it’s a Fairy Tale cosplay event and then there’s the guy just walking around dressed up as a strip of bacon, which doesn’t make sense, and neither does the parade really. It’s a bizarre hodgepodge of people but it’s a good time. The parade ends with a party at the Masonic Temple.

I was a little worried walking in the parade with the “Pro Nain Rouge” unit after our troop commander John E. L. Tenney was telling us past stories of getting spit on and almost punched by people. But we were walking with one of the coolest looking guys in the whole parade and who portrays the Nain Rouge for the book, Things I Do In Detroit by the Nain Rouge, written by Dave Krieger. This beautifully photographed book follows the Nain Rouge as he goes to all of Detroit’s “hot spots.” A highly recommended read! But walking next to the coolest-looking guy in the parade also meant showing up in everyone’s photos the next day on Facebook and Instagram. Oh well.

If you love the strange and unusual, go to the parade. Even if you don’t know what the hell is really going on, it’s good people watching for sure. 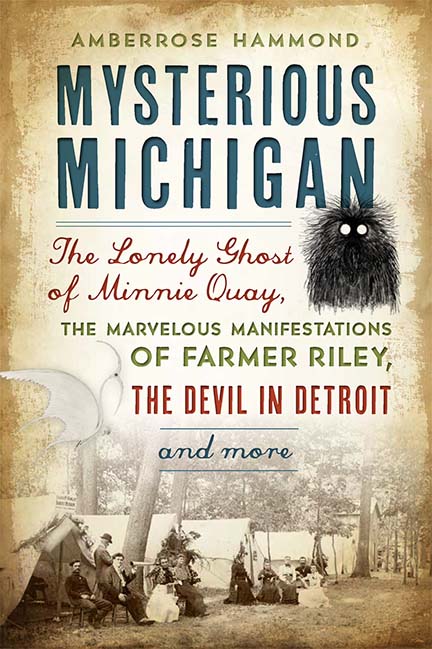