The Legends of Seven Gables Road 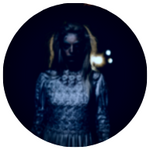 Someone started it, then they told it to someone, then that someone told another friend of a friend, who had already heard it from a friend three months ago…
Seven Gables Road is an excellent example of Michigan urban legend and has been a popular paranormal tale for decades. It’s the sort of story that seemingly has no basis in fact, but nevertheless, leaves thrill seekers spooked.

There are a couple of variations of this legend that I’ve become familiar with, both involving an old home and a not-so-friendly witch who enjoys cursing people.

One version says there used to be an old house at the end of Seven Gables Road, a road that dead ends off of E. Dexter trail in Dansville, Michigan, Ingham County. It is also the Dansville State Game Area. There are now only walking trails and a rusted old gate where this “home” used to be.

The story is your classic “witch” who lived in the old home and cursed Seven Gables Road. The thing about this version is the witch’s actual curse, which makes me believe this story got started not because of an old house that may have been on the property, but with the old gate/fence itself at the end of the road. This is the kind of thing that starts urban legends. If the only thing that has existed near that property for decades is a lonely, rusted old gate that leads to apparently nowhere, it needs a story to illustrate why you shouldn’t cross it right? So stories started about the fence, saying the witch cursed it and that if you ever jumped over the fence and heard a scream, you would die! (Thunder please.) I guess this is old-school home security.

But supposedly, the witch was foiled by her own curse! She was outside, heard a baby cry from somewhere, felt the need to be nice, and ran in the direction of the crying, therefore jumping over her own fence of doom. She died two months later. It wasn’t a very fast-acting curse.

So naturally, twenty-five years later, a family moves into the witch’s home. As if The Amityville Horror inspired the events, the man of the house goes insane, kills his family, burns the house down, and then kills himself. Most stories say he hung himself. One story out there even says each dead family member was hanging from one of the gables of the house.

Now, of course, none of this is true. But this version has been circulating for decades by word of mouth, posted all over Internet message boards, webpages and in more recent times, on social media.

Another variation of the legend says there was a “witch” who lived on Seven Gables Road. Of course, she hated the world, cursed her land, and naturally haunts the property to this day. If people dare to venture onto her land and hear a scream, it’s a warning to get out of the area or death will follow. Nothing is mentioned about a cursed fence in this version.

In her book, Paranormal Lansing, author Nicole Bray talked to a local who had stated the area once had a Michigan “rattlesnake infestation” which was one theory explaining why there were numerous stone foundations on the road as people were forced to abandon their homes and move. A story like this could also inspire a “cursed land” vibe that over time. Naturally, there seems to be a constant argument about which foundation belonged to the “witch’s home.”

It’s easy to see how Seven Gables Road acquired a spooky legend over the years. The road starts out paved and then plunges into a tunnel of thick trees with no homes and dead-ends with a gate so people cannot drive into the State Game Area. Still, even with no truth to the stories, people have had paranormal experiences and feel there is something unusual going on in that location.

Of course, the above are the versions I am familiar with and like all urban legend, it changes from area to area and person to person.

“A friend of mine heard the legend and went to check it out with a group of people. Everyone was arm in arm as they stepped over the gate and began to walk down the path. About 10 minutes later, they heard a scream and ran back to the gate. Once again, stepping back over the gate arm in arm all at once. When they got into the car and drove off, they looked at some of the pictures and only one really stood out. It was of one of the friends posing for the camera but it looked as though he had wings…and it wasn’t windy or too cold outside.

Later in the week, after I saw the picture, I decided I wanted to check this place out for myself thinking they messed with the picture. When we got there, it was like any other creepy place. We stepped over the gate and walked a little bit and began to take some pictures. Everything around seemed very calm. The only thing we heard was heavy breathing that could have been from an animal or from one of us. To me, the only thing that I thought was interesting was that we were the only car tracks in the new snow but over the gate, were so many footprints and they were not just on the path. The footprints were going down into the wooded area and up into the fields.
So I was just wondering if you guys have checked this place out or are going to and what your findings were or if in fact, it is just legend?” – Jenny

“At the end of seven Gables Road (found off Dexter trail and Meridian) there is a gate that leads to an old home said to have been burned down with the family of six hung by the gables of the house. The killer then killed himself and set fire to the house. A young girl is said to be playing in the trees. It is also said that someone was mysteriously choked by a force unseen. Many have drowned there due to the hidden lake that is on the way to the ruins of the home.”

“Hey all, after hearing about this place about 2.5 years ago, I ventured out on a nice summer day. There’s not really much to see in this area, but there is some beautiful state land just behind the “gate”. I walked all around this area and had no experiences, but I am not particularly “sensitive.” If you live in the area (Dansville off of I-96) it is a nice place to visit, but probably not worth a long drive.”

“Having lived next to Dansville Game area when I was a child, I played and walked this area since the early 1960s. Seven Gables Road was a graveled dirt road starting at Ewers Road, passing nearby Ewers Lake out to Dexter Trail Road. All that is left of this road since the mid-sixties ends at that gate on Seven Gables Road. The entrance on Ewers Road is one of the parking areas for hunting on the state-owned land managed by our Department of Natural Resources. Many farmers sold out to the DNR before and after it was closed.

Up until the 1970s, it was a trail you could drive until the DNR blocked it off. Now and today, there are Bobcats in the area. When they snarl, the sound going through the trees will remind you of a woman’s scream. The Boy Scouts from the Lansing and Kiwanis chapters use to camp in the summer in this area walking the trail of the old road and camping near the lake. As a teenager who passed for 21, I used to bring alcohol to the scouts who were classmates of my neighbor who attended Resurrection grade school and Lansing Catholic Central. We as locals could not resist the temptation of telling ghost stories that we made up of our local area.” – Vaughn R.

Have you experienced something on Seven Gables Road?