Legends and Ghosts of Mouth Cemetery 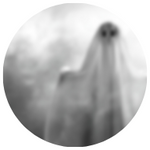 Mouth Cemetery is one of the most talked about cemeteries in Muskegon County when it comes to the paranormal. But is it really haunted? This cemetery is one of those places you have to watch out for. Not because the place is filled with ghosts and lost souls waiting to take you to the grave with them, but because it’s an easy “legend maker.” 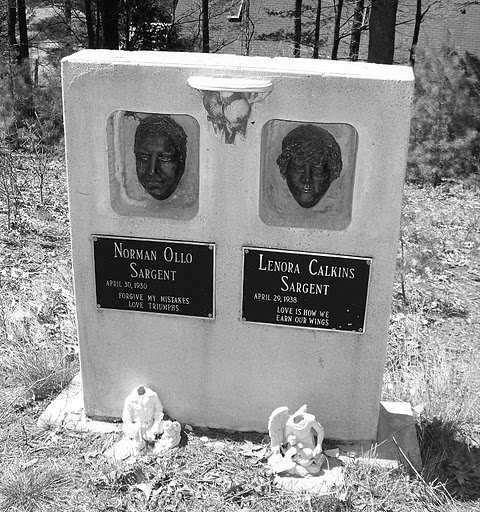 Mouth Cemetery is small, somewhat remote, surrounded by woods, and very old, which all equal up to an abundance of perfect ghost story ingredients. But nevertheless, people claim to have had genuine paranormal experiences at the secluded location. The cemetery is the oldest in White River township with the first burial in 1851. It is also believed burials at this location were going on well before 1851. Over the years, this cemetery has been neglected due to a low county budget for that cemetery. It has not been uncommon to visit the cemetery and find it completely overgrown with weeds and knee-length grass. There has also been vandalism from idiots, especially on private property that surrounds the cemetery. If you are someone who cares about your local Michigan cemeteries, consider getting a group together and donating your time to help keep these places clean and intact.

The Devil’s Chair of Mouth Cemetery

I learned about Mouth Cemetery around 2001 and my favorite piece of lore about the old place was the “Devil’s Chair.” The story I first heard said somewhere in the cemetery was a chair with the power to curse. If someone sat in the so-called “Devil’s Chair,” the number 7 would be associated with their death sooner rather than later. Maybe someone would die on the 7th, or maybe in July, or perhaps at 7:00 a.m.

On my first visit, my friend and I looked around for some type of eerie chair that looked menacing but only noticed a rather dull, white plastic patio chair next to a tombstone. Another wrought iron bench looked like a slightly better candidate. Did we sit in either one to put the curse to a test?  Nope. 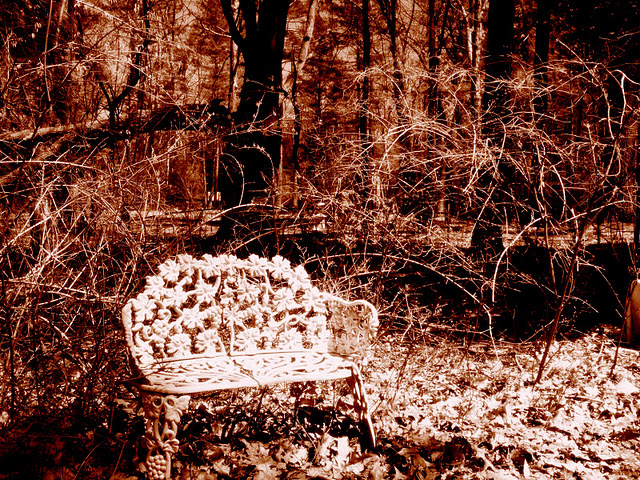 Mysterious Michigan has been around since 2005 and was formally known as Michigan’s Otherside. I used to encourage people to submit their paranormal experiences at Michigan locations. Below is an old list of stories I received in the mid-2000s. Were these people just hyped up because of the cemetery’s creepy reputation or did they truly experience something otherworldly… 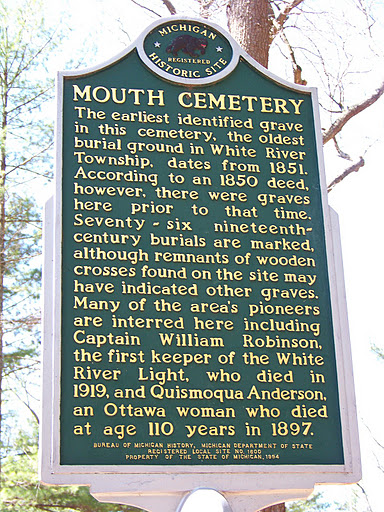 Mouth Cemetery is on the Michigan list of historical places.

When I last went to Mouth, it was with my boyfriend and a few friends. My boyfriend was sitting on one of the bigger gravestones and his friends and I were by the fence. While sitting there, it was getting harder for me to breathe. We then found out when we got back home that night I had hand prints around my neck. — Victoria B.

My best friend has a lake house just a few minutes away from Mouth Cemetery, so we visit there often. While I don’t find the cemetery particularly creepy — things have happened there. My two friends and I went there late one night just to see if all the stories about it being haunted were true. When we got there, some other girls were getting ready to leave and told us that they had walked down the little path to the left of the cemetery and heard a weird scream. We continued into the cemetery and within minutes, we heard a weird jingling sound so we got freaked out and left. My friend had taken a video of us walking through it and in the video; you can hear what sounds like a horse neighing loudly. Mind you, none of us heard it while we were there. — Olivia

I finally went to Mouth cemetery to see what the hype was about. I must say the creepiness of the surroundings when alone, is a bit scary. I went alone on my first visit just to see if I could find it. Once there, I was on my cell phone (just in case something did happen!) While on the phone, the phone suddenly stopped working, even though the battery was fully charged. Then the thermometer inside the car dropped 10 degrees. I hauled butt out of there at that point. Now the phone problems could be due to the fact that it is back in the woods and same for the temperature change, so I’m not claiming anything paranormal happened. I went back the next day with someone and it wasn’t nearly as creepy, just rather interesting. Although I did take a picture and there appears to be someone looking in at us from outside the gate. We were the only ones there. The other funny thing was that we purposely did not lock the car because no one was around. When we got back to the car, it was locked. Luckily we didn’t leave the keys in it. Maybe it was just their way of thanking us for picking up the pop cans. People, please show some respect. —Shelley S.

Let me just say, I do believe in ghosts, spirits, apparitions, etc. I have had plenty of personal experiences and seem to be sensitive to paranormal activity. Recently, I accompanied a group of people to Mouth Cemetery. Some of them had been there before but I and a few others had not. Those that had been to the cemetery before were insistent that they had seen orbs and shadows. They showed us a chair and “not just any chair”. The chair was a replacement for an old chair that had been in the same location but had broken. The legend behind the chair was that you would die one year from the day, hour and minute that you sat in it. Again, it was not the original chair, but they believed the new one was cursed as well. It has not been a year since I sat in the chair, but I highly doubt my eventual death will be in any way related to that chair. The cemetery did NOT feel even the least bit “haunted,” and I did not see a thing. I believe the fear and hallucinations were created by people scaring themselves. In short — you would need a good imagination to find this place to be haunted. — Megan

I believe in the supernatural to an extent. We were at the cemetery and everything was silent and calm. I was listening and paying attention to something in the woods, like the sound of leaves shuffling. Then it got silent again and I heard a little girl scream. This was no ordinary scream like a child playing, it was a real frightening scream. After the scream, I heard footsteps and branches cracking. Just thought I would share this experience with you. —Dillon

**All cemeteries should be entered with respect. Leave them as you found them. Don’t litter, don’t vandalize anything or so help me, 10,000 demons will strike you down. If the cemetery has hours posted, respect that or find out how to get permission to be in after hours. Enjoy the cemetery during open hours. I am a firm believer that spirits don’t just come out at night. I think it’s just “ghost hunters” who only come out at night. Respect nearby private property and don’t trespass where you do not belong.

DISCLAIMER: THIS ARTICLE IS ABOUT A PUBLIC (ANYONE CAN GO THERE), HISTORIC MICHIGAN LOCATION. SURROUNDING PROPERTY IS PRIVATE AND NOT TO BE TRESPASSED ON. SOME AREAS MAY LOOK TO HAVE BEEN ABANDONED FOR DECADES TO PEOPLE BUT IS PRIVATE PROPERTY.