The Banker Who Became A Robber 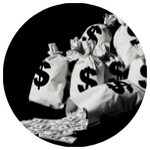 Written by Tonya Blust | My Michigan

As William Treadwell sat behind his desk at People’s Bank in Hudson, a small community in southern Michigan’s Lenawee County, he mulled over the opportunity that presented itself. It was January 1864, and area governments were depositing huge amounts of money, the proceeds of year-end taxes their citizens had paid the previous month. The governments would withdraw the money in February when their own taxes came due, but in the meantime, the vaults were full at People’s Bank, which Treadwell had bought in 1859 with his father, Urias, but which he now owned outright.

Though Treadwell was a respected member of the community and counted among his friends many of the local businessmen and farmers who trusted him with their money, the seeds of greed had taken root in his brain, and he was about to commit a crime that would forever tarnish his name in Hudson—as well as lead to his grisly death.

Treadwell had grown up in southeastern Michigan and began his career in dry goods. He started out as a junior clerk at a shop in Hudson but proved so good at sales that he eventually became the shop’s proprietor. His tenure at People’s Bank began when the bank’s owner hired him as manager. Eventually, Treadwell bought the bank from his boss and built a strong business based on his pleasant attitude and professional demeanor. Treadwell was so successful that he was able to build an expansive, Italian-villa-style house, which stands in Hudson to this day.

However, the temptation to acquire more wealth proved too great, and Treadwell hatched a scheme that would make him a very wealthy man. First, though, he needed more money than the treasure trove that already sat in People’s Bank. On January 16, 1864, Treadwell sent a series of letters requesting loans from banks in various Midwestern cities. Many of the banks agreed, and by January 20, the corrupt banker had amassed a sizable amount of cash. Early that morning, Treadwell entered his bank’s vault and left with $60,000 (which today would equal about $1 million). He hopped on a train with his ill-gotten gains and hightailed it to Ohio, where he met with his wife, Mary, and her father, Samuel Hester. Both knew about the plot and spent the next few days traveling across Ohio with Treadwell, trying to avoid detection. 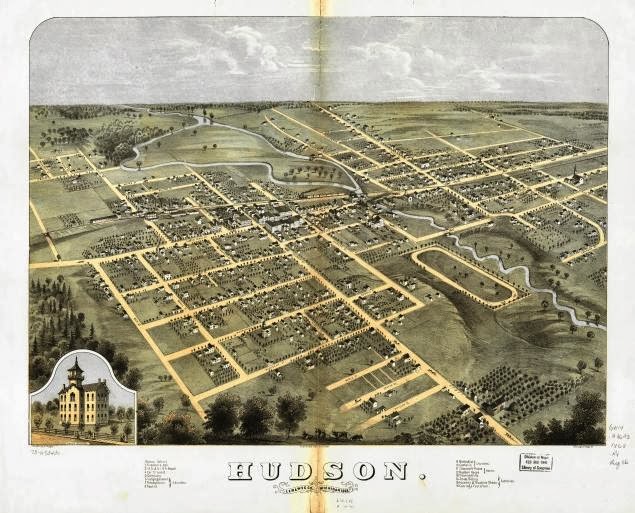 The trio remained undiscovered for a few weeks but eventually were found on a train in Mansfield, Ohio. Officers arrested Treadwell, but for some reason, they let Mary and her father leave with the money Treadwell had stolen from his bank. Treadwell returned to Michigan and sat behind bars until July 1, 1864, when he was convicted and sent back to jail. Before her husband returned to lockup, Mary embraced him, slipping him eight hundred dollars while she did so.

Treadwell’s incarceration didn’t last long; in fact, it lasted only a few hours. By 5 p.m. on the day of his conviction, Treadwell had escaped, along with another jailbird, John Cowell, who was a horse thief. The two-headed back toward Ohio to find Samuel Hester, who still had the bank’s money. Treadwell had promised Cowell a share of the cash they would receive from Hester when they found him, but Cowell grew impatient and decided the eight hundred dollars Treadwell carried with him was too much of a temptation to resist. Sometime around July 4, near the Ohio community of Napoleon, Cowell killed Treadwell by shooting him and crushing his head, then made off with the money. A man walking through the woods found Treadwell’s body on July 14, and authorities later arrested Cowell at his father’s home in Bloomingville, Ohio. Cowell was ultimately convicted of and hanged for Treadwell’s murder.

At that point, Treadwell was no longer on the hook for the money he had stolen (albeit for the worst possible reason). However, someone had to be held responsible, and that person–actually, those people–were Treadwell’s father and father-in-law. Although Samuel Hester eventually returned his son-in-law’s ill-gotten cash, for several years he and Urias Treadwell faced lawsuits from the bank’s creditors, who were demanding back their money. In time, the financial issues abated, the story fell off the front pages of newspapers, and life in Hudson returned to normal. Still, Treadwell’s crime remained a much-discussed topic for years to come. The reason, as The New York Times noted in an 1864 article about the incident, was simple: “Few more remarkable cases than this are found recorded in the history of crime.” 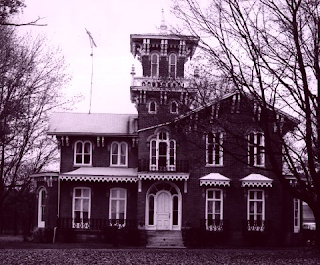