For decades, people have gathered on the night of November 21 at the Reynolds Cemetery in Jackson, Michigan, hoping to witness the supernatural reunion of two lost souls. Sadly, this cemetery comes with a warning, and meeting at the cemetery might not be as common as it once was in the past, as neighbors with shotguns and the police are a few of the factors that keep the curious ghost hunters and legend trippers away from the cemetery these days. So be warned.

On the night of November 21, 1883, everyone in the Jacob Crouch home was brutally murdered. Each person was shot while they slept. Jacob Crouch was 73 years old and his daughter Eunice was nine months pregnant. Along with Jacob and Eunice, Moses Polley, a family friend, and Eunice’s husband Henry was also killed. It is one of Jackson’s most famous and unsolved mysteries. 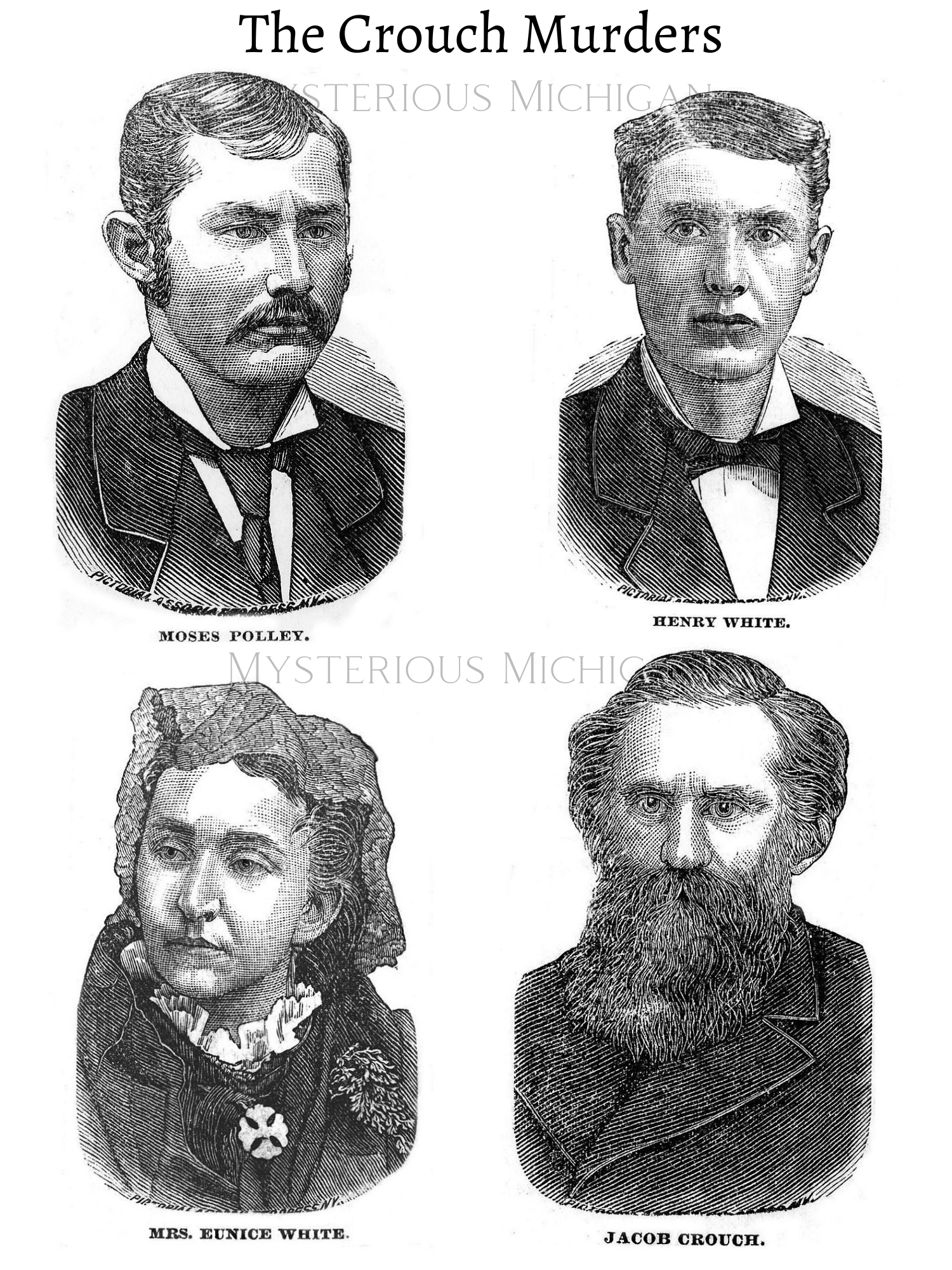 What was so bizarre about these murders was the total lack of motive. One thing is for certain, whoever the killer was, wanted the whole family and anyone associated with them, dead. Eugene Winney, the Jackson County Sheriff actually brought in a photographer to take pictures of Eunice’s eyes in the hopes the reflection of her killer would be burned into them somehow but they didn’t have any luck with that one and the killer was still out there somewhere.

Two months after the murders, Jacob Crouch’s other daughter Susan was also found dead. She had apparently been poisoned. A farmhand of Jacob’s wound up killed as well. The murders were never solved and no one was ever convicted in the end.

Shortly after the killings, people started to report seeing a hazy white, cloud-like mist traveling between St. John’s Cemetery in Jackson to Reynolds Cemetery five miles down the road where Eunice is buried. The glowing apparition would stop in front of the grave of Jacob Crouch where he is buried in Reynolds Cemetery and slowly disappear. Is it the ghost of Eunice White visiting her father? Some think it is. At some point, a yearly vigil started to take place at Reynold’s Cemetery in the hopes of seeing the ghostly visit manifest.

Over the years, the police and neighbors have been involved in keeping people away from the popular spot on November 21, so it isn’t advised to hang out there on the anniversary unless some type of permission is granted by the right people. But you can still visit this cemetery during regular daylight hours.

**All cemeteries should be entered with respect. Leave them as you found them. Don’t litter, don’t vandalize anything or so help me, 10,000 demons will strike you down. If the cemetery has hours posted, respect that or find out how to get permission to be in after-hours. Many times a simple phone call to the right person will grant access to a cemetery after it’s closed. If you can’t get access, enjoy the cemetery during open hours. I am a firm believer that spirits don’t just come out at night. I think it’s just “ghost hunters” who only come out at night. Respect nearby private property and don’t trespass where you do not belong.