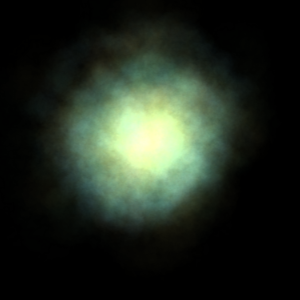 According to one, lonesome paragraph published on The Shadowlands website long ago, a drunk man drove his truck off the bridge when the bridge was flooded and into the water below, never to be found again. The blurb said if you visit the bridge late at night and sit with your car shut off and windows rolled down, you’ll hear the ghostly sounds of the truck splashing into the water and the man will appear in front of your car. The original blurb also suggests putting your keys on top of your car, which I wouldn’t suggest doing unless you are looking for a carjacking or robbery to happen. The bridge is in St. Clair/Marine City and runs over the Belle River. It’s not a large river and it was practically dry when we visited, so it was very hard to imagine an entire truck just disappearing, even in flood waters.

I had never liked checking legends and hauntings out back in the day just because they appeared on The Shadowlands website, which used to be the “go to” place to find haunted locations in the early 2000s. Many locations and stories listed on the website were not legit. Anyone could send a story to them and it was posted. I know people who had sent sham stories in just to see if locals would start saying they experienced something “paranormal” at the bogus location. But seeing Puttygut bridge wasn’t too far away from us at the time, we figured it might be worth visiting and we had nothing better to do.

During the summer of 2005, we were standing around on the bridge talking and trying to look inconspicuous when cars drove by. Of course, a few people stopped to ask if we needed help and we just sent them on their way with a “no thank you.” I’m sure they drove away looking in their rear views mirrors wondering what the hell we were doing.

I happened to be staring blankly in the right place down the road when a strange light appeared in the distance further down. The bridge is on a dirt road and there are homes in the area but what was so bizarre about this light was how perfectly round it was and it didn’t seem to have any source it was coming from. It moved a little bit and then just blinked out. We all saw the light except one person who happened to be looking the other way. There’s always one in the group looking the wrong way.

After the light was gone, we tried to figure out where it could have come from. One person hopped in their car and drove down the road to where the light had manifested, turning their lights on and off towards us to recreate try and recreate the light, but it was obvious that car lights didn’t explain what we had seen.

Was it a ghost? Were we about to get abducted by UFOs? We had no clue. We went back a couple of months later, but nothing happened that time. So does Puttygut Road have a mystery light instead of a drunk ghost? Or could it have been some prankster with a spotlight having fun with us? A perfectly normal light source unknown to us?  Either way, it wasn’t like any light we’ve ever seen. There was something strange about it. So if someone was having a good joke on us, I commend them because they really got us. But if it wasn’t a human prank, then there just might be something to Puttygut bridge.

If you should decide to make a legend trip to Puttygut bridge and have something happen, please write or comment below. Do not put your keys on top of your car as mentioned in the original Internet source, that’s just stupid. The surrounding area is private property and homes. You may be arrested or have cops called on you if you are an idiot. Be respectful while legend tripping.

“I wanted to share my experience on the Puttygut Bridge with you, but first a little background info.
My friends and I are always finding “haunted” or scary places to go. Usually, it’s the cemetery in St.Clair or the one on Belle River Road in Marine City/ St.Clair. One night we wanted to do something a little more promising so I mentioned the Puttygut Bridge and how I heard it was haunted. We were all amped up and excited to go. It wasn’t my first time there; I had been there two other times. I didn’t tell my friend that because I didn’t want to freak her out. When we arrived at the bridge it wasn’t that late. Probably around 8 pm or a little later. We turned off the car, rolled down the windows, and put the keys on the roof. It was during the middle of the winter and snowy. It was a clear night and the moon was out so you could see everything.

We were pointing south and my friend was looking left of the bridge and me to the right at the water. After about five minutes I thought I saw something but then I thought to myself, OK, you’re just freaking yourself out. But then the object got closer! It looked like it was walking on the water so I just kept staring at it while it got closer. Calmly as I could (so I didn’t freak my friend out) I asked if she could get her keys and if we needed to go. She asked why and I lost my composure and told her I saw something. She freaked out and we left. I looked behind us as we drove away and something up the road was glowing. I’ve been back twice after that and one time nothing happened. The most recent time was the 4th of July night. It was around 2 or 3 am. It was with a different friend, and we did as we were supposed to. This time the same thing happened except I didn’t see anything. I heard a splash, then it stopped, then a few seconds I heard it again but it was closer and louder. I got freaked out and left. Many of my other friends have also experienced the same things when they’ve gone out to the bridge.” — August 2010