For many years, the 17,000-square-foot Felt Mansion sat abandoned and alone among the tall dune grass and trees by the Saugatuck State Park until a restoration project began around 2000. The mansion was completed in 1928 by inventor Dorr E. Felt for his wife Agnes and was a summer home for the wealthy Chicago family. Agnes died soon after its completion and could never enjoy her beautiful summer estate. Some say this is why her ghost still lives on in the old home and especially her bedroom.

Dorr Felt, born in 1862, made his millions by inventing the comptometer, an early version of a mechanical calculator that greatly helped accountants. He died shortly after his wife in 1930. In 1949, the property was sold by the Felt family to the St. Augustine Seminary for Boys. According to the  Felt Mansion website, the seminary used the carriage house for classrooms and the mansion for housing. 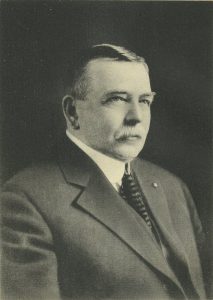 Behind the mansion, they built a school. After the school was built, cloistered nuns moved into the mansion in the 1960s. During the 1970s, the State of Michigan began using the property as a State Police post and tore down the boy’s school behind the mansion, and put up the Dunes Correctional Facility, a minimum-security prison. The Felt Mansion is now on the National Register of Historic Places as well as the Michigan State Register of Historic Sites. 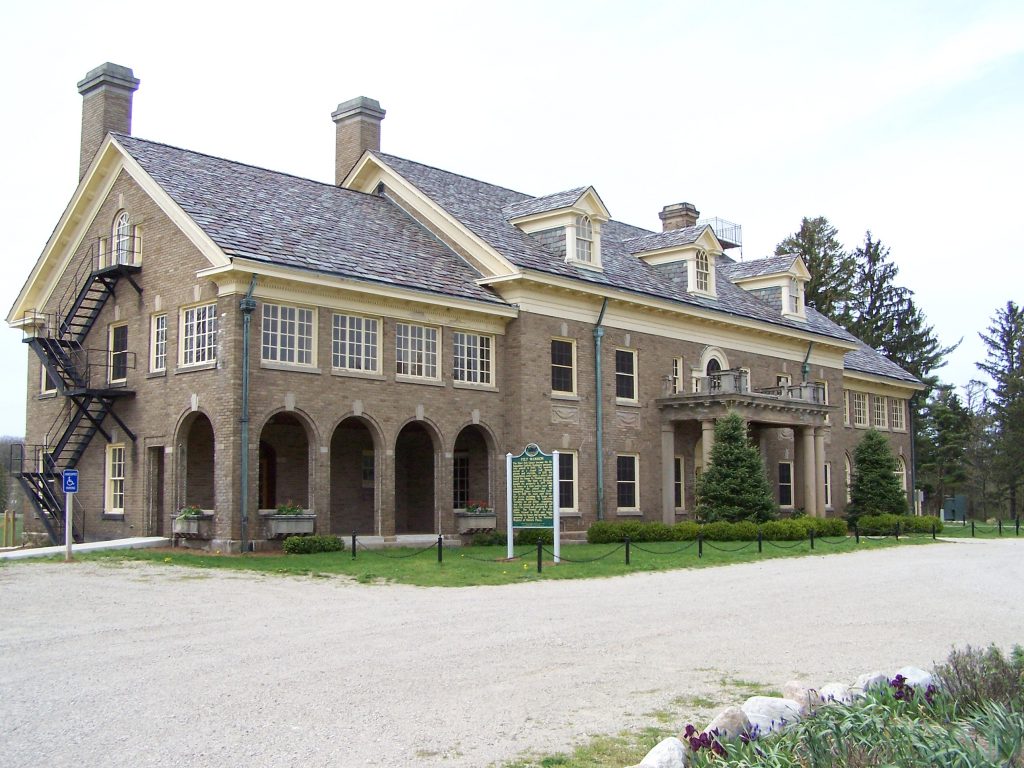 The mansion has been a lot of things since its beginning so it’s not surprising to hear about a few ghosts roaming its spacious interior and grounds. Soon after the remodeling began, the paranormal activity started. During the summer of 2001, The West Michigan Ghost Hunters Society hosted public ghost tours. The tours included the mansion and the former Dunes Correctional Facility which has since been torn down. All of the money from the tours went to help restore the mansion and the tours generated over $3,000 dollars. I was lucky to attend all of the tours and explore the mansion before most of the restoration began and the ghost tours were stopped.

“Tom told Doug that he hadn’t been standing next to anyone over there, but that Doug’s story confirmed what he had been feeling…that someone unseen was standing right next to him.”

I can honestly admit we had some really strange stuff happen while helping out with the tours. Doug of Ghostly Talk Podcast remembers standing outside of the mansion and seeing Tom Maat, (a paranormal investigator from Great Lakes Paranormal Research at the time) standing very close to someone by the large fountain. They seemed so close that later, Doug asked Tom who he was “getting so buddy-buddy with” by the fountain. Tom told Doug that he hadn’t been standing next to anyone over there, but that Doug’s story confirmed what he had been feeling…that someone unseen was standing right next to him.

I also saw some of the freakiest shadow people on video while recording in the third-floor ballroom. I was there for an all-night Halloween event and it was around 3:30 a.m. We had set up a Sony Night Shot camera in the ballroom and sat back to watch if anything would happen on a television in the next room. In the far corner of the ballroom, which is now next to newly installed restrooms, a shadowy figure stepped out from nowhere. 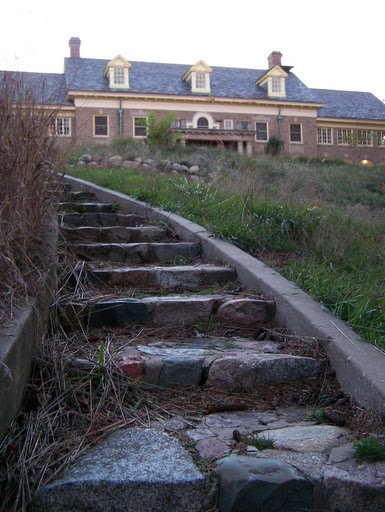 Everyone in the room got the chills. The figure appeared to be human-like and darker than the shadows around it. It had a density to it. It seemed to be making a “sweeping motion” as if it were using a broom.

Suddenly, a second figure appeared next to the first, and then as quickly as they had materialized, they were gone. South East Michigan Ghost Hunters were a paranormal team there and everyone tried to re-create the event by standing in the back of the ballroom, seeing if our shadows could have made the movements, but nothing we did equaled what we had witnessed. The shadows had appeared in a corner with a mock graveyard and other Halloween props. I had made a couple of tombstones and wasn’t particularly excited to walk over to that corner to pick them up during clean-up, even with the lights on. Of course, the video went home with an investigator who later got out of the study, and the video was never seen again. This was before things were digital. Even with the video proof gone, it was an experience no one that night will quickly forget. 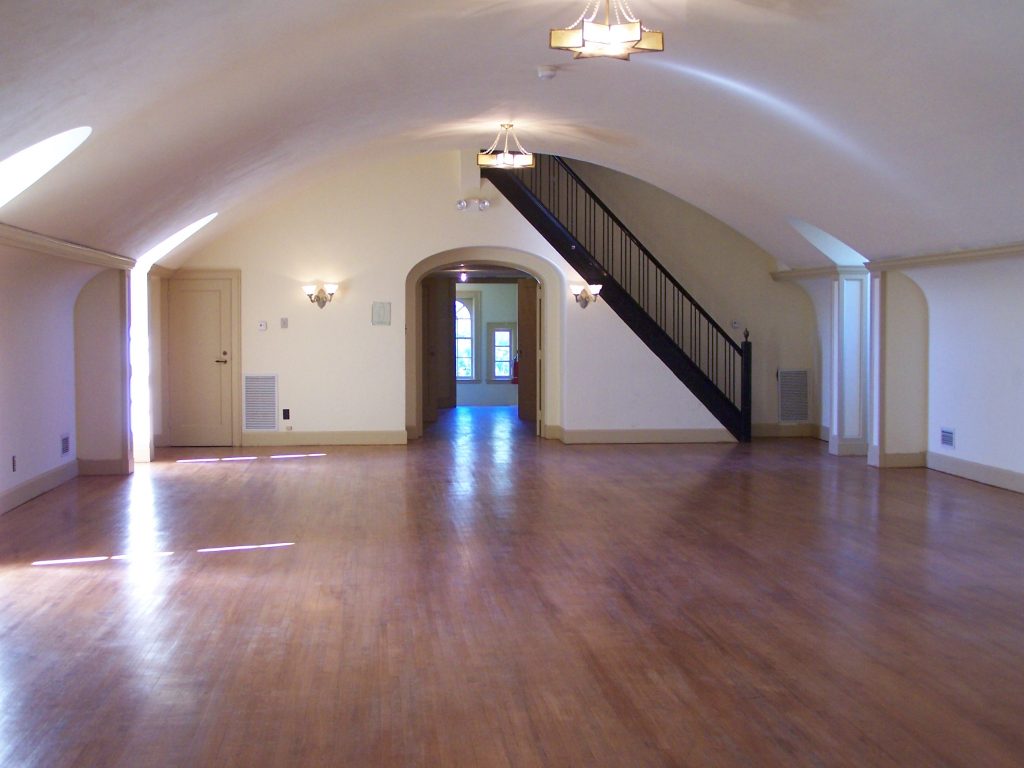 Third-floor ballroom corner where we witnessed the shadow people.

A DOOR OPENS BY ITSELF

While the infamous shadow person video is lost, we do have this little gem thanks to Jason Bouchard a former paranormal investigator there that night. One night after the tour finished, Jason had his camera recording on a chair facing Agnes’ room. You can hear a conversation from the WMGHS team downstairs in the background, but watch for the heavy French doors to open and close. 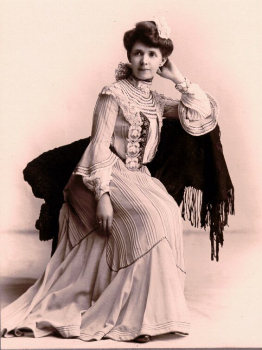 I had left by this point, but I do remember very clearly it was a warm, windless night and none of the windows in Agnes’ room were open as they were still painted shut. The doors lead into a sunroom overlooking the front of the property and are very heavy. You’ll see them open and close once, then really blow open when Merle, an old WMGHS member, walks into the room. Merle was a funny guy and he remembered saying something inappropriate while cleaning up equipment in the room, when all of a sudden, the doors blew open and an icy blast of cold air hit him. It was almost as if Agnes Felt was giving him a ghostly slap for “being crass.” Needless to say, it scared the *&^% out of him as you can see in the video below. The video affectionately became known as “The Merle Incident.” In the clip, you are looking into Agnes Felt’s bedroom and the French doors going into the sunroom are on the left side of the video.

This is the video taken by Brenden Bouchard during one of the tours hosted by West Michigan Ghost Hunters Society.

The Felt Mansion can be rented out for weddings or private events. Guests can also take a self-guided tour during the day or arrange a private, guided tour. In the fall, they have been doing “ghost tours” in past years so keep a look out!

Have you experienced something at the Felt Mansion? Share your story.