I want to tell you this because it’s been bothering me for years. If you have heard of anyone else seeing this thing, it would take a load off of my mind. Whenever I tell anyone about it, their eyes glaze over in disbelief, and I don’t blame them. I had someone with me who saw it as well, but he, “doesn’t want to talk about it.” We were walking along the shore of Lake Michigan in the Mona Shores area* (this was back in 1989, I believe). It was about 11 p.m., and we were both stone-cold sober. Something caught our eye near the tree line and we both stopped in our tracks as this creature emerged from the underbrush.

What really caught us off guard is that it was the size of a full-grown deer, but it didn’t have antlers. It didn’t run, it leaped (kind of like a rabbit does) and made it from the trees to the shore in three large bounds. When it got to the shore it stopped and raised a paw, then turned and looked at us. Its face is what really made our blood run cold–it had the face of what I can only call a “hell-hound.” It was a very canine face (except I don’t recall it having ears) but EVIL looking. It never made a sound. We were TERRIFIED of course and ran as fast as we could back to the car, which was mercifully parked close by.   Since seeing this thing, my whole perspective on reality has changed. I really just need to know if anyone else has seen it.”

*Note: The author of this story originally wrote “Mona Shores area,” which refers to the Norton Shores area. Mona Shores is the school district. 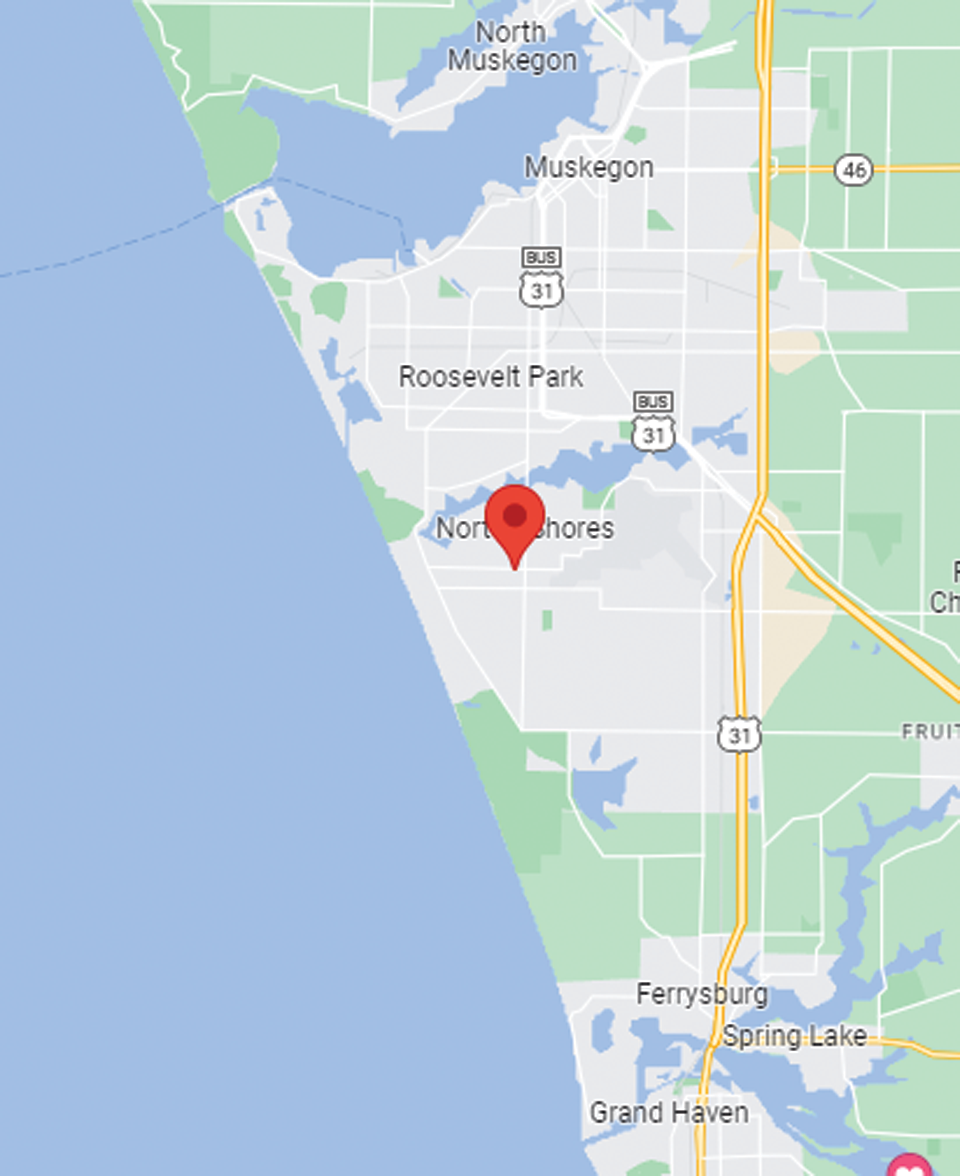 Do you seen something strange around Mona Shores?