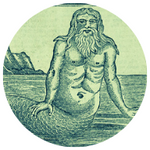 Yes, it could’ve just been bad eyesight or too much rum, but on May 13, 1782, Vanant St. Germain, a Canadian fur trader, spotted what he believed to be an actual merman swimming in the cold, deep dark waters of Lake Superior. While making a stop at Pie Island in the northern part of the lake, St. Germain spotted the creature and described it as looking “child-like with brownish skin” and having “extremely brilliant eyes.”

According to the authors of the book Mysterious Islands, St. Germain, thirty years after he saw the merman, “stood before the Court of King’s Bench in Montreal to sign an affidavit,” further proving his conviction of what he had witnessed years before in Lake Superior. But St. Germain wasn’t the only one to speak of strange water creatures in the lakes.

This creature was also part of the Ojibwe people’s stories, which they called Maymaygwashi. This creature, similar to what St. Germain had seen, was also described as looking “child-like” and sometimes hairy. The Maymaygwashi is also known as another unpronounceable word, Nebaunaubaewuk. 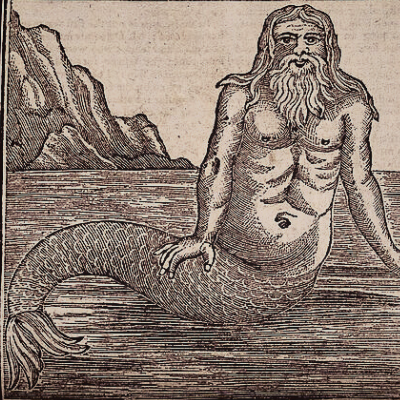 Naturally, St. Germain’s first instinct when he saw the merman was to get out his gun and shoot at it. They had been traveling with a Native American woman of the Ojibwe tribe and she prevented the shooting. The woman told them it was bad luck to threaten the water creatures/gods and sure enough, a nasty storm rolled through the area that lasted for three long days. Was the storm just a coincidence? St. Germain’s life would end by means of an accidental bullet. A friend of his aimed an old shotgun at him and not believing it to be a working gun, pulled the trigger.

Better not shoot at the next merman or Maymaygwashi you see swimming in the waters of Lake Superior or any of the other Great Lakes.

Looking for a Maymaygwashi? Here’s a handy checklist for the next time you are out on the Great Lakes.