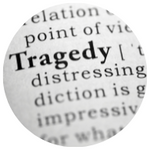 Written by Tonya Blust | My Michigan

Several hundred people gathered at Calumet’s Italian Hall on December 24, 1913. Their goal? To celebrate the Christmas season and get their minds off the mining strike that had crippled the community for the past five months. The celebrants were the miners themselves, as well as their wives and children–families who had struggled to make ends meet long before the strike that sought better wages, hours, and working conditions for the region’s copper miners. Guests milled about the Italian Hall’s second floor, enjoying refreshments, listening to piano music, and visiting Santa, who handed out small gifts that thrilled children already used to deprivation in their short lives.

Suddenly, a man called out a single word: “Fire!” At first, no one paid much attention, but the calls continued, growing in urgency: “Fire! Fire!” There was no sign of a blaze, no acrid smell of smoke, but in the confusion, crowd members panicked and rushed toward a stairwell that led to the front door. As the first guests hurried down the narrow passageway, dozens, then hundreds, of people clamored after them. The force of all those bodies sent the first guests to the floor. The people behind them stumbled, and soon, the staircase was full of bodies, one on top of another, trying desperately to escape, but slowly suffocating in the cramped space. By the time rescue workers cleared the staircase, 73 people had died, 59 of them children.

In the following days, as community members laid to rest their deceased family and friends, questions abounded. Who had raised the false alarm of “fire”? Why had he done it, and was he in any way connected to the mining companies–especially Calumet and Hecla, the area’s largest copper mining operation? The Christmas party had been sponsored by the Ladies Auxiliary of the Western Federation of Miners, the union to which many of the region’s miners belonged, and witnesses reported that the man who yelled, “fire” had worn a button identifying him as a member of an anti-union group known as the Citizens’ Alliance. Was some sort of pro-management conspiracy behind the tragedy that took the lives of 59 children? 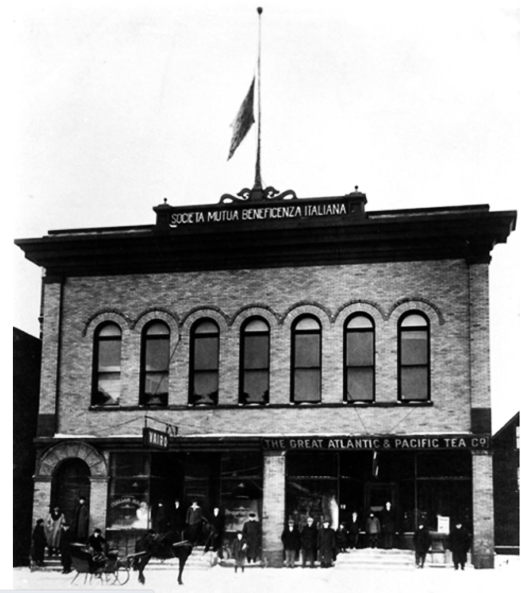 (Note: That question has never been definitively answered, though theories abound as to the mystery man’s identity. Read the interview with Steve Lehto, author of Death’s Door: The Truth Behind the Italian Hall Disaster and the Strike of 1913, a book about the Italian Hall tragedy that reveals the identity of the man Lehto believes gave the false alarm. If you’re interested in reading or purchasing this book, make sure you get the second edition (to which I’ve linked), as the first edition doesn’t contain this information.

The strike ended in April 1914, and the results were mixed for the miners. They could not bargain collectively, nor could they stop using potentially dangerous tools like the one-man drill. However, many miners returned to find that they now had eight-hour workdays, and would eventually receive higher wages. In the following years, federal labor laws, as well as the increasing power of unions, achieved even more gains.

All this was likely little comfort to those who lost people they loved in the Italian Hall that fateful Christmas Eve in 1913. The hall was eventually torn down, though its front archway remains, and now stands in a park maintained by the Keweenaw National Historical Park.