The Legend of Morrow Road

Mysterious Michigan visited Morrow Road for the first time way back in 2005. It’s a lonely road in Algonac, Michigan surrounded by woods with very few houses at the time. We hung out by the side of the road, hoping to see something ghostly appear, but nothing did. We just looked like weirdos standing there, especially when cars slowed down to ask us “if we were ok?” “Oh yes, we are just investigating this legend and ghost story.” We’d get a raised eyebrow and the car would drive off.

Also around 2005, Francis J. Sampier began researching the legend in the hopes of creating a movie based on the tale and has shared his research below.  – Mysterious Michigan

The Legend of Morrow Road, one of Michigan’s oldest legends, spans back to the late 1800s and is primarily about a ghost that haunts the road to this day, looking for her lost child. Morrow Road is a southeast Michigan rural road that until recently was entirely a dirt road. The 2.5-mile road’s southern portion rests in Clay Township (on the outskirts of Algonac) and the northern portion rests in Cottrellville Township (on the outskirts of Marine City). The road is a straightaway and has very few citizens living on it. Recently, more citizens have moved into its southern half. The road began as a cow path in the 19th century and later became a narrow dirt road, which was eventually widened. 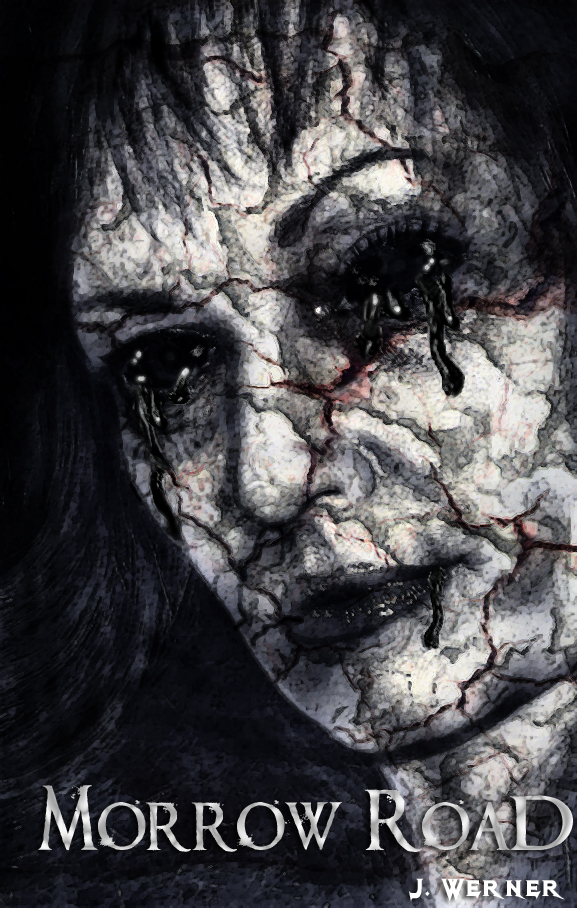 The road also has two creeks that run under it. One on its north end and one near its center-point, just south of where the only other fully intersecting road is. Hence, there used to be two small, simple-railed bridges. Both of these were torn down and converted into culverts. As with most back roads, Morrow Road started out with no electricity running to it and had one two-story house.

In the late 1800s, a woman supposedly with the initials “I.C.” apparently died searching for her little son.  Many believe that her death was so tragic, that her spirit remains haunting the road to this day, still searching for an eternal answer of what happened to her boy.

What makes the legend more interesting and startling is the different beliefs of what exactly happened to the mother & child.   Nearly every version of the legend has these common denominators:  A middle-aged woman died in her nightgown searching for her child, and that her spirit remains as a vengeful ghost to this day–still searching for the young boy. 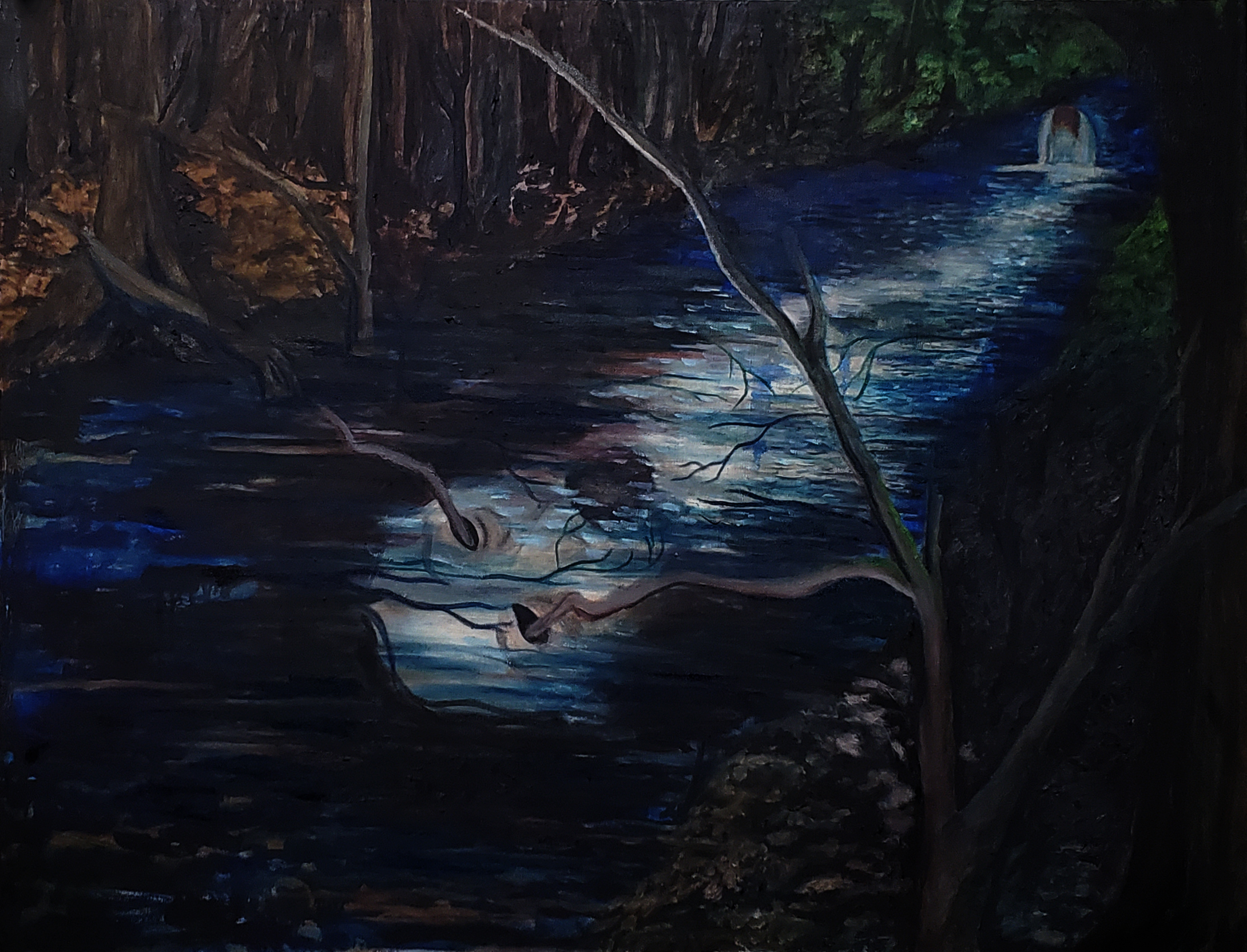 Artwork for the movie project by Michigan artist Josh Werner.

Nearly every version of the legend has these common denominators:  A middle-aged woman died in her nightgown searching for her child, and that her spirit remains as a vengeful ghost to this day—still searching for the young boy. 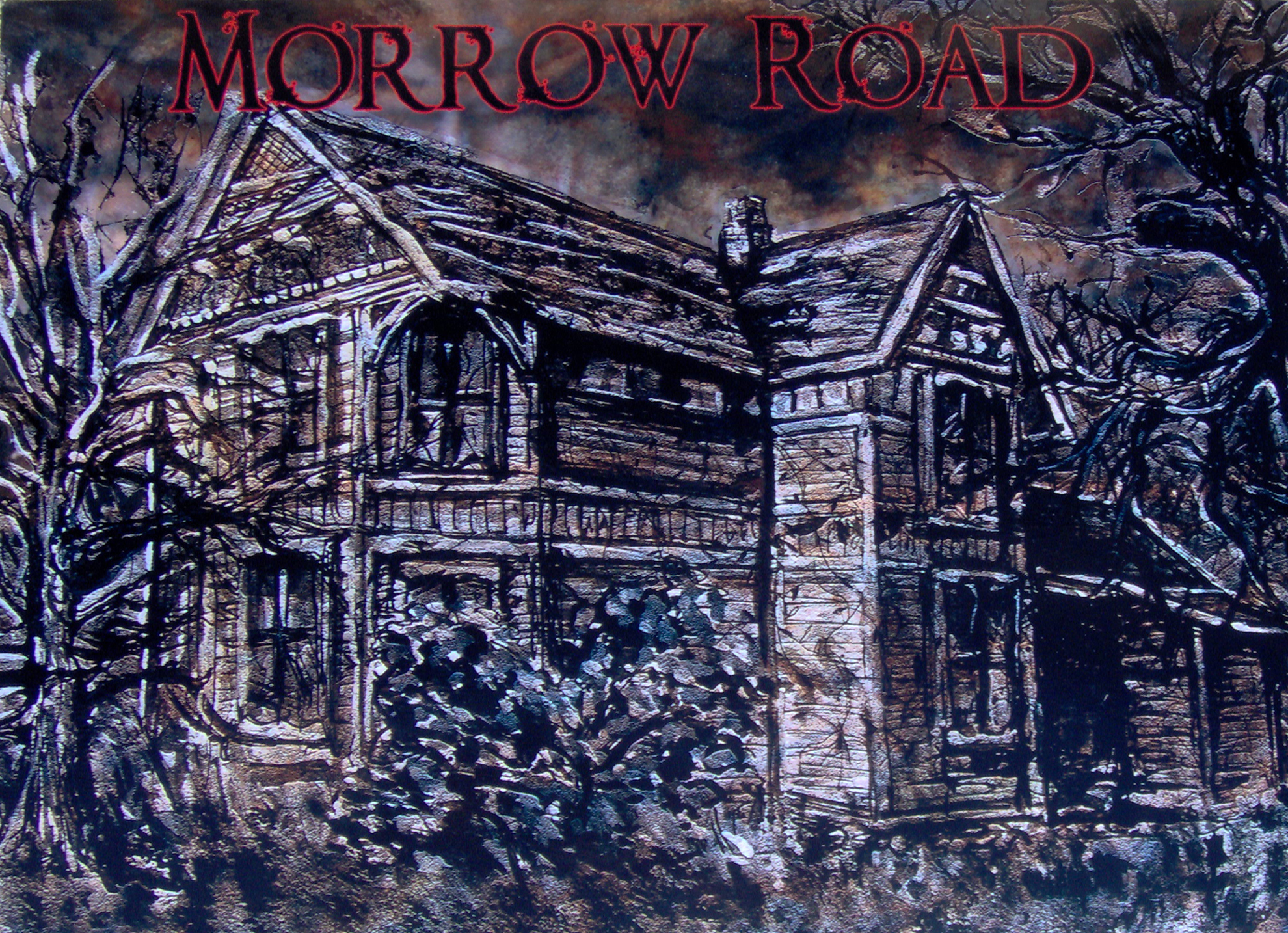 Here is a list of different versions told. See if you’ve heard any of these variations below.

A startling fact is how many people claim to have seen the woman, heard the child, or witnessed other paranormal occurrences on or near the road.  These include many witnesses seeing the ghostly woman herself, always wearing a light blue nightgown (believed by many to be the outfit she wore on her death) searching with bloody hands for the child.  Many claimed she has asked or screamed “Where’s my baby?” as drivers drove past.  Others claim she has slammed her mysteriously bloody hands on their car window in addition.

Many believe that if you honk your car horn three times on the bridge you will hear the baby cry.

Also, many claim to have vehicle trouble when driving down the road. There are more eyewitness claims of seeing “orbs” on the road and in the woods than any of the above.  Many other people also state the orbs went as far as to chase their vehicle.  Most claim the orbs were light green, but some say they’ve seen red, purple, and light blue, all in small, varying sizes.

Naturally, local police have had many “false claims,” that turned out to be young adults playing pranks. All accounts claim to have been seen or heard only at nighttime. Channel 4 Local News with Carmen Harlan did a news report near the turn of the millennium on the legend, and the TV Show “Unsolved Mysteries,” watered down the legend to be a filler between the episodes two major stories.

Paranormal research has been done many times, always with interesting results.  The legend has been all over the Internet and an independent feature film based entirely on the legend is in the works.  For more information on the film and legend, visit www.morrowroad.com.

Idiot Disclaimer – If you are checking this location out, you are on a public road, and if you wander off the road, probably private property. Don’t be an obstruction on the road or a trespasser.  And even though the legend says honking could bring about the ghost, it most likely won’t so be mindful of those who may live on the road, especially at night. Don’t be an idiot. 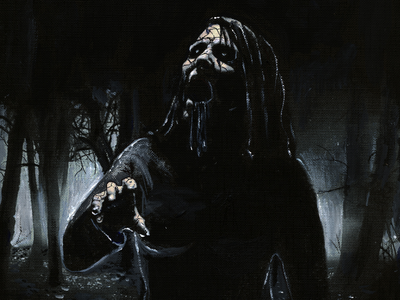 July 2022 Update – Hey Morrow Road Supporters! We are super excited to announce that the Morrow Road movie is in preproduction and will be shot this year! We estimate a 40-45 day shoot officially starting production on September 6th!
Morrow Road will consist of a predominantly Michigan-based cast and crew. While some locations are still pending in Columbus and Clay Townships. Our confirmed locations thus far are in Algonac, Casco and Washington Townships, and Harsens Island.
You can still get involved by sending in audition videos, crew resumes, helping us discover locations, locating props, donations, and in the very near future –investment opportunities. Go to morrowroad.com/getinvolved.html to find out more!
That’s not the only announcement, we are excited to have legendary Special FX Makeup Artist, Brian Hillard join the production! Brian has done many major Hollywood productions such as Spielberg’s War of the Worlds, Underworld Evolution, Predators, The Village, and many more! Brian Hillard also worked on the first five seasons of The Walking Dead!
We want to thank everybody who has helped out so far. We look forward to sharing this experience with you because you have been the driving force behind the film! Please continue to share our social media channels, posts, and opportunities. Maybe someone you know will end up in the film!
Stay tuned for a lot more updates, interviews, announcements, and more as production begins! This is a uniquely Michigan legend and we are so excited to bring this story to life in our community with the help of each of you!

Inspired by the southeast Michigan legend of a ghostly mother forever searching for her lost child, filmmaker Francis J. Sampier has worked hard to bring the story to life on the big screen. For decades, people have reported strange experiences on the road around Clay Township from apparitions and hearing a baby cry to seeing floating, glowing orbs.