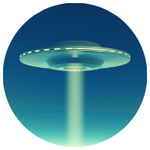 “It looked like about five airplanes following each other very closely. One would blink, then the other, other and other, right to left,” Grand Haven resident Scott Riputer said when he reported his sighting on March 7, 1994.

The next day, on March 8, 1994, a UFO flap took Lake Michigan’s coast by storm. Nearly every county along Lake Michigan’s shoreline had reports about UFOs flying in, namely from Ludington to South Haven. Residents, including police officers, witnessed red, green and white lights, occasionally attached to cylindrical objects in the sky, perform odd maneuvers at high speeds.

In Ada Township, Randee Murphy and her husband watched one of the UFOs float over their home at a height of about 100 feet. “It had four lights, made a soft, whirring noise. It sounded like a single jet engine,” they said. 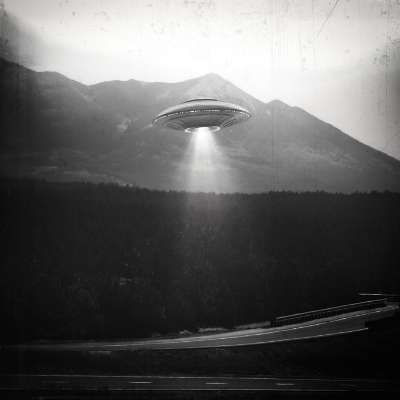 Calls to the 911 dispatch offices started coming in around 9:30 PM on March 8th. So many calls came in, that a 911 dispatcher from Ottawa County called the National Weather Service radar operator in Muskegon. The radar operator reported objects on the radar, about half a thumbnail large. He said that there were three, sometimes four, objects in a triangular pattern. They were too high to be precipitation and it was unlike anything he had ever seen on radar.

Click here to listen to the multiple 911 calls made that night.

“There were three and sometimes four blips, and they weren’t planes. Planes show as pinpoints on the scope, these were the size of half a thumbnail. They were from five to 12,000 feet at times, moving all over the place. Three were moving toward Chicago. I never saw anything like it before, not even when I’m doing severe weather,” he later said about the sightings.

A Holland police officer, Jeff Vellhouse, recounted what he had heard about the radar operator’s odd sighting.

“He said he had three things on his radar, and they were in a triangular shape. He said they hovered over Holland and moved southwest. He said that one would move out of the triangular pattern, then move back in.”

After the sightings settled down, Dave Geluzian, the area manager of NWS at the time, tried to put down the radar sightings. “There is no relation between the UFOs and radar tracks. One key thing is the eyewitnesses saw these things at tree-top level.” Reportedly, the NWS had no records, taped or otherwise, of the radar contacts themselves.

In late 1994, David Reinhart of the Bureau of Investigators of Mysteries and Unusual Phenomenon (BIMUP) claimed to have received a copy of the NWS radar operator’s report. Reinhart also claimed to have in his possession papers from a man named “Fred” who worked for Area 51. According to these papers, the flap had been a meeting of UFOs from around the United States.

One of the lines from this paper, in a section titled “Memorandum for Record,” reads “Initial conclusion: Unknown, initial speculation: Possible anomalous propagation though not explainable, or possible UFO sighting.” The 1994 Flap continued until March 10. By that time, over 300 people had witnessed this phenomenon. What also made the sightings so shocking was the sheer amount of “regular people” who reported seeing the lights. It was one of the strangest string of sightings over the Great Lakes in modern times.