Largest Christmas Store in the World? It’s in Michigan. 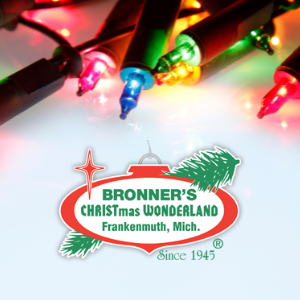 If you grew up in Michigan, chances are you made one – or many –  family trips to Bronner’s CHRISTmas Wonderland.

It was the mid-1980s when I made my first voyage to the Mecca of holiday decor. The visual assault of millions of Christmas lights bedazzling every inch of the building inside and out was amazing. Animatronic reindeer, penguins, Santa Clauses, and elves, stiffly moved their robot limbs on sparkling displays towering above the endless merchandise. According to Bronner’s website, there are “more than 700 whimsical, animated and fiberglass figurines [to] enchant guests in the salesroom.” That’s incredible, yet slightly disturbing for those types who find riding It’s a Small World at Disney World disconcerting.

This was obviously not a toy store, but I was transfixed. I was young and I hadn’t questioned the existence of Santa Claus yet, so naturally, I understood this place to be one of his many business properties. We people living in Michigan were just lucky enough to be home to Santa’s biggest and brightest storefront endeavor. Literally. Bronner’s daily electric bill is over $1200. No thanks. 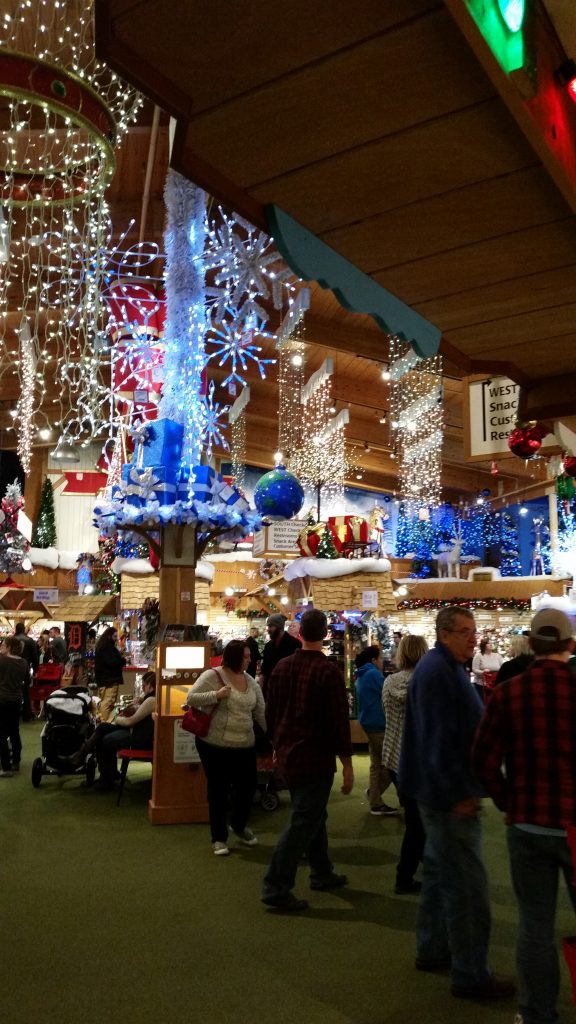 Bronner’s is just on the outskirts of adorable downtown Frankenmuth, the “Little Bavaria,” of Michigan. Everything in Frankenmuth is cute. You can walk into stores named, “The Cheese Haus” or make the hard decision of whether to eat at Zehnder’s, or the Bavarian Inn. Both offer their famous chicken dinners, served family-style. But don’t worry, there’s no real competition between the two iconic restaurants – they’re owned by the same family.

Frankenmuth was founded by German settlers in 1845 and is the home of another Michigan record — the oldest beer brewery in the state (and almost the U.S.) with the Frankenmuth Brewery, founded in 1862. The oldest brewery in the United States is actually Yuengling founded in Pennsylvania in 1829. They only have us beat by 33 years.

Walley Bronner opened his first Christmas shop in Frankenmuth in 1945 to fast success and over the years, continued to expand until the family purchased the current property and opened their massive new space in 1977, making it officially the world’s largest Christmas store. They even feature a small Halloween section. (When is someone going to create the world’s largest Halloween store open all year? Ahem…any business partners out there?)

With over 6,000 ornaments to choose from, there’s literally something for everyone and every interest. If you want nothing but food decor on your tree, Bronner’s can make that happen. If you were struggling to pick out what kind of Nutcracker to buy, don’t worry, they will make the choice difficult by offering 150 varieties. Put the word “alien” into their website search bar and this freaky ornament shows up. Perfect. There’s even stuff for us weirdos.

The store sits on 27 acres and the present showroom is 1.7 football fields in size. Large section numbers hanging above the different areas are helpful for when you get separated from the person you are with and then have to call them to try and figure out how to find each other. If you’re easily distracted then this will happen to you.

Now over 70 years old, there doesn’t seem to be a family in Michigan without an ornament on their Christmas tree from Bronner’s. When I help decorate my grandma’s Christmas tree, many of her ornaments are still stored in their original white cardboard Bronner’s boxes, the cardboard now soft and frail. Each box holds ornaments that tell a story. Polka Festivals, anniversaries or just a trip with the kids. The ornaments are now family heirlooms I would never think to get rid of and I hope to carry on the Michigan tradition of trips to Frankenmuth for ornaments, chicken dinners, and getting lost among the shiny treasures and memories that fill Bronner’s CHRISTmas Wonderland.